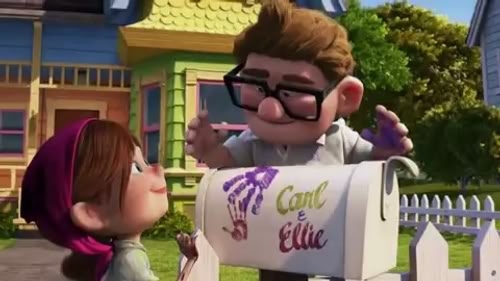 Today’s montage is infamous for its ability to make everyone cry, save for one heartless friend of mine who said, “What’s the big deal? It’s not like she died young or something.”

“Up” is my favorite Pixar movie and the first time I saw it, it ruined my life. The only other movie to make me cry 10 minutes in was “Toy Story 3.”

There are so many reasons to love this scene:

This scene is so complete. Pixar could have released this as a short. From four minutes of footage, I experience a lifetime of Carl and Ellie’s marriage.

I’m more impressed by what the animators didn’t include, namely dialogue. I’ve read and watched stories where the creator didn’t trust themselves and tried to drive home their point by pointing out how sad or wonderful or romantic everything was. Because of the way Carl and Ellie interact, I don’t need to hear one of them say, “Golly, we sure are in love!”

The music plays a big part in conveying emotions. The miscarriage is so impactful partly due to the clarinet solo and lone piano. Seeing this for the first time, I didn’t need to be clear on exactly what happened to feel the emotion. 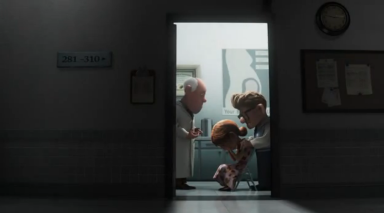 I’m glad Pixar chose not to follow this scene with other characters’s comments: “Poor Carl. She was his true love.” “Wow, Carl sure looks downtrodden!” “It doesn’t seem like Carl’s coping too well!” Instead, they let their images speak for themselves and allowed me to draw my own conclusions (unlike another film of theirs.)

Besides the inclusion of a miscarriage in a kid’s film, the part that kills me about this scene is the timing of Ellie’s death. She dies the day Carl planned to surprise her with tickets to South America. His awesome surprise was foiled by DEATH. THIS WAS SUPPOSED TO BE A HAPPY MOMENT!

I had to watch this scene multiple times for a film project this past spring and I teared up. Every. Single. Time.

Need cheering up?
“Agents of Shield” is my new favorite show. In this scene, all the characters make fun of Ward, a character I have mixed feelings about. Iain Caestecker never fails to cheer me up. Poor, silly Fitz…