Someone explain to me white culture’s obsession with dinner parties.

Books on adulting treat them as both a rite of passage and the only viable method of adult socializing.

“You CAN throw a dinner party,” the books chide, “it’s not that HARD.”

The message I get: people who have their lives in order throw dinner parties.

Nope. I’m not spending hundreds of dollars on food and booze when I don’t even own a table.

Instead, I’ll throw dinner parties in my dreams.

I read this tag on Not-so-modern Girl.

Cook and serve a full meal to multiple people? Not happening.

Curate a literary guest list? I can do that!

I’m giving each of my guests a food duty. We are POTLUCKING this noise.

One character who can cook/likes to cook

Don Tillman from The Rosie Effect likes to cook fancy meals with perfect portions so as not to waste food.

He’s also very efficient; I wouldn’t have to wait an extra hour for him to “perfect the sauce” or some such

One character who has money to fund the party

Crazy Rich Asians’ Astrid Leong has enough cash to fill her wardrobe with couture every season.

She can spring for a fish-and-pasta party for a dozen people.

I cannot describe how much I would like to beat you over the head with some seminal feminist text.

Please, have a seat.

I’m sure everyone would love to hear your opinions on gender roles.

One character who is funny/amusing

Though they might ALSO cause a scene, Heart from Heart and Brain would delight everyone with their kooky antics.

I’ll ask them to wear their Batman costume. 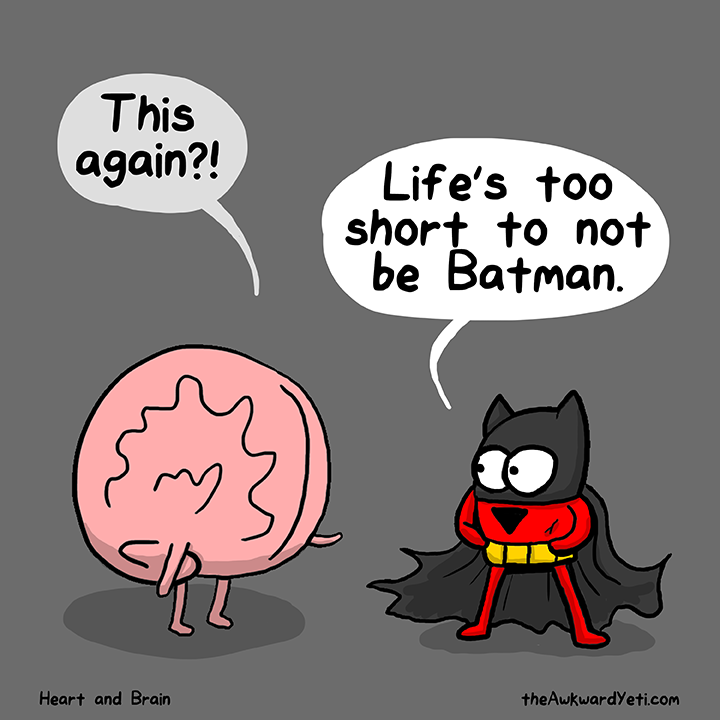 Would it be possible for me to invite an antagonist instead?

If so, can I invite the Ocean from Kiera Cass’ The Siren?

She is not about that true love.

This is going to be a GREAT party.

One couple (doesn’t have to be romantic)

UUUGGGHH. I’m pretty over couples at the moment.

I’d invite Simon and Blue from Simon and the Homo Sapiens Agenda. They’re cute and fun.

I should mention this will be a dry event.

I almost went with another Kristin Cashore heroine.

This is purely to avoid any questions about my career.

Whenever someone asks, I’ll say, “JANE, TELL US ABOUT YOUR UMBRELLAS.”

One character of your choosing

Everything in me wants to invite Ronan Lynch, even knowing what a monster he’d be to everyone at dinner.

Yes, the horse from The Scorpio Races.

If the food doesn’t turn out, we’ll use Corr as our centerpiece.

Dinner party duty: Not pooping on the floor

HOLD ON. Including me, that’s 11 people.

I know Corr is an animal, but someone at every party hangs out with whatever animal is present (that person is usually me.)

If that happens, one person will be left out.

We need another guest!

Who gets the last invite?

As if it could be anyone BUT Henry Tilney from Northanger Abbey.

This is now an engagement party. We are getting married.

Dinner party duty: Hosting. I made the guest list, I did enough.

Tag yourselves! I’ve seen some interesting answers so far and I’d love to see more.

Someone else please invite Ronan. He’s a nice guy with terrible manners.