Hello! It’s the middle of the year!

My mind is goo!

Time for a freak-out.

I was tagged by Nikkie at @Nikkie Reads.

(PLEASE check out her blog for good queer content.)

(A note to readers: Thank you for reading and for leaving comments! I will respond ONE OF THESE DAYS!)

How much have you read?

I recently lowered my reading goal from 200 books to 150 books.

I’ve read 76 books so far this year, which puts me 10 books ahead of schedule.

What have you been reading?

I’ve been reading a pretty even split of fiction and nonfiction, YA and adult.

I’m trying to introduce more graphic novels into the mix.

Last week, I ordered Nimona and The Fire Never Goes Out – I CAN’T WAIT until they get here.

This book was good and pure and lovely.

I’ve said before I think this book will save lives.

I think that is ESPECIALLY true now for vulnerable trans and non-binary teens.

Hey teens – you’re hella valid and you belong in the LGBTQIA+ community.

We love you so much.

I finally read The Vanishing Stair and loved EVERY SECOND.

I HAVE TO KNOW HOW THE SERIES ENDS.

(If you spoil it, a pox on your houses.)

New release you haven’t read, but want to

I slept on The Falling-in-Love Montage and failed to pre-order it before its release date (and my as-of-today soft book-buying ban.)

For my foolishness, I am being punished with a wait.

This book looks cute and I’m told it has a lot of feelings?

Those are my two favorite things!

Most anticipated release for the second part of the year

It has enemies-to-lovers and a witchy sacrifice. (And it’s f/f.) (Pre-order it here.)

I’m also really pumped about Legendborn (which I finally pre-ordered…and you can, too!)

I love this book’s cover so much.

I hyped This Coven Won’t Break for almost a year.

I LOVED the first book and couldn’t wait for continued witchy adventures with my favorite gays.

Underneath the many, many layers of plot, the novel is structured as Hannah’s journey through the five stages of grief.

What a great plot for the sequel!

Then a mess of conflict with eight thousand unnecessary subplots arrived to SWEEP THOSE EMOTIONS AWAY.

My favorite part of These Witches Don’t Burn was the mystery.

By contrast, I couldn’t even follow the plot of This Coven Won’t Break.

I gave two authors whose debuts I despised another chance.

SURPRISE! I rated both of these new books five stars!

I think The Gilded Wolves is damn-near perfect and encourage anyone who likes fantasy or heists to read it.

Wolves is part of a trilogy, the second part of which comes out in September. (Pre-order it here.)

PLEASE READ THIS BOOK. It’s one of the best historical fantasies I’ve ever read.

As for the second five-star book, I wanted to see if The Starless Sea was worth the hype.

The Starless Sea took me on a REAL MAGICAL JOURNEY.

If I look more closely, I see Erin Morgenstern’s love for fiction.

This book was really good. Please read it.

New favorite author (debut or new to you)

Alanna Okun, Sarah Gailey, and Roselle Lim have been added to my Favorite Authors list for their beautiful, magical books. 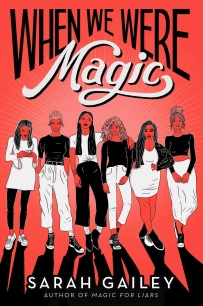 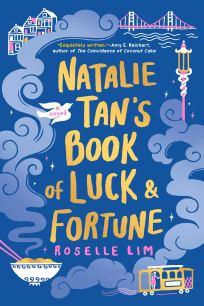 Sarah Gailey made me weep TWICE and introduced me to some wild imagery.

Roselle Lim explored grief using food and I have never been hungrier.

Alanna Okun made knitting sound interesting on paper, which is a FEAT.

An additional new favorite is Little Corvus, a fantastic Seattle-based artist featured in Women of the Galaxy.

Buy their art (and/or some killer graphic novels!) on their website.

I haven’t seen a ton of promotion for either This is What I Know About Art or A Quick and Easy Guide to Sex and Disability, both comics.

Aren’t they beautiful? Don’t you want to know more?

Buy them! (Note:both books are on backorder. BUY THEM ALL THE SAME.)

In memoir news, I received a copy of Michael Arceneaux’s I Don’t Want to Die Poor in my Call Number subscription box.

Arceneaux presents the despair and unintentional hilarity that comes with student loan debt.

Most poignantly, he advises readers to forgive themselves.

(The subscription box included a “Forgive Yourself” art print that I’ve placed in a prominent spot on my bookshelf.)

This book is BRAND-NEW and absolutely fire. Read it, buy it, borrow it, treasure it.

During furlough, I ended up rereading a pack of old favorites with some other books thrown in:

OH MAN. Ezra is the best boyfriend that could ever boyfriend and the best friend anyone could want.

I was first smitten with his hairstyle (saved sides AND a manbun??) and swiftly fell for his caring heart.

I LOVE protective characters and Ezra tries to fight ANYONE who wrongs Felix.

He does so WITHOUT HESITATION and it. Is. BEAUTIFUL.

(This book also features three of the worst boyfriends and girlfriends put to paper. What a range!)

I am not very far into Bone Crier’s Moon and I’m already fond of Ailesse.

In the first chapter, she jumps off a cliff to wrestle a shark.

(She’s also a magical redhead and I have a type.)

Book that made you cry

I picked up Girl, Woman, Other again. Every time I read it, I am near tears.

Carole’s chapter stood out to me most.

I also cried during When We Were Magic and I Don’t Want to Die Poor, both of which nailed the exact terror and shame I feel about making adult decisions and paying off debt.

When We Were Magic in particular cracked me WIDE open.

Book that made you happy

As I will say AGAIN AND AGAIN, Felix Ever After made me cry the happiest of tears.

I was also very happy with The Mermaid, the Witch, and the Sea.

I was so worried my favorite character was going to die, and then they survived!

I feel like they more than earned a happy ending, so I was glad to see them get one.

I also thought the romance was very pure and accepting.

Mermaid is a rough book, but it’s beautiful, too.

Most beautiful cover you’ve bought this year (or received)

HOW could I POSSIBLY choose?

Incendiary and A Song of Wraiths and Ruin have two of the most stunning covers I’ve laid eyes on all year.

I also received a fancy edition of Bone Crier’s Moon and it is a real treat.

I have yet to see Vanessa Yu’s Magical Paris Tea Shop in the flesh, but it’s on its way and I KNOW it will be gorgeous, just like its predecessor.

What books do you need to read by the end of the year?

I’m TRYING to read through my backlist books and I’m doing okay.

HOWEVER, I STILL need to read the following, as these books have been on my shelf for years:

During my furlough, I wrote an out-of-nowhere post about skin care that a lot of people enjoyed.

It was fun writing about something other than books, depression, or deconstruction for a change.

I love a lot of people in the bookish community.

Most recently, posts by May and Margaret have helped distract me from the mess of things happening in my city. (RESIGN, Durkan!)

AND, as an added bonus, their blogs look great. I admire them so.

If anyone would like to freak out with me, consider yourself tagged!

Or, if April was any indication, another 75 years.

Click the link for ways to help the Black Lives Matter Movement, including signing petitions and donating to organizations.

This site is being updated regularly.

(Also look into local organizations and BLM chapters in your area.)

Stay safe out there, friends.