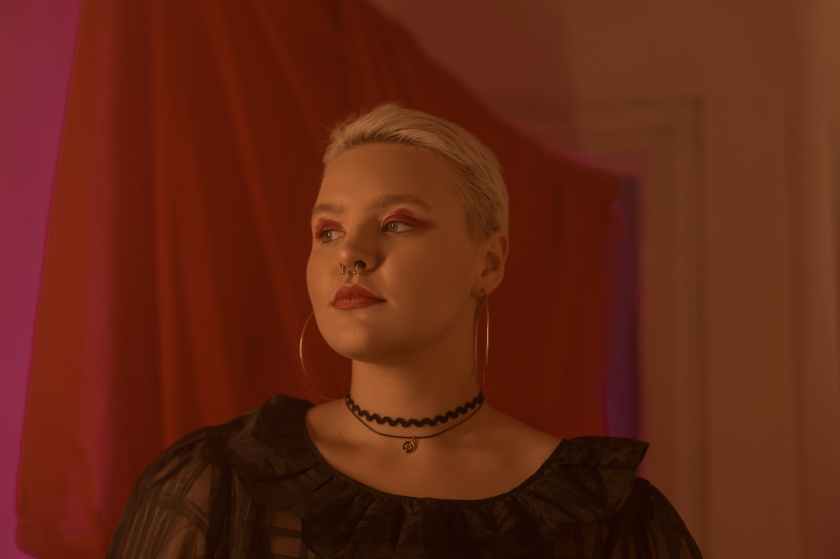 I’ve been listening to musicals recently to help me cope with a sudden onslaught of work.

I revisited some old favorites as well as a few that I once hated.

Because I worked so much last week (and thus spent at least 50 hours listening to musicals), I decided to do book recommendations based on the musicals I listen to the most.

From fancy lesser-known shows to big-budget Broadway plays, the following musicals are my favorites.

Synopsis: The spaciest man of all time journeys to the Underworld to rescue his wife from a basso profundo/capitalist/Donald Trump

I really enjoy this musical, even though it’s sad and I hate Orpheus so much.

I hear the workshop version of this show was a completely different musical; I think about what it must have been like all the time.

I still love the soundtrack and (almost) all of its vocal performances. Andre De Shields is a legend.

2020 debut Where Dreams Descend has Hadestown as one of its comp titles.

Imagine a The Night Circus romance with Hadestown stakes.

Another good rec: Orpheus Girl, like Hadestown, takes inspiration from the myth of Orpheus and Eurydice.

I hear it’s a very intense story about a girl trying to save her girlfriend from conversion therapy.

I feel sacrilegious every time I say this: I prefer In the Heights to Hamilton.

Aside from some dated plot elements, In the Heights holds up (better yet, no one in it owns slaves!)

I could not be more invested in both Benny/Nina and Sonny/Graffiti Pete.

WHAT I WOULDN’T GIVE FOR CANON SONNY/GRAFFITI PETE. (Fingers crossed for the movie.)

Like In the Heights, 2021 YA debut Like Home by Louisa Onomé deals with family, friendship, and gentrification.

Synopsis: A Renaissance-era playwright vows to best Shakespeare with the greatest play ever written

I hesitate to call this musical my favorite, though I DO listen to it at least once a week.

I have never laughed as hard during a musical performance as I did during Something Rotten.

I still tell stories about the performance I saw. I try to get all my friends to listen to the soundtrack. I once taught my dad the lyrics to “Will Power” during the Oregon Shakespeare Festival (my mom was not pleased.)

Something Rotten plays the Black Death for laughs, a joke I’ve gotten a LOT of mileage out of during quarantine.

If you’d like a wacky book set during the same era, try My Lady Jane.

This book took a simple premise and went absolutely sideways with it.

I can’t think of anything wackier than horse jokes and bird joy.

It’s called Shakespeare for Squirrels and I feel like I shouldn’t have to explain it any more than that.

Synopsis: The six wives of Henry VIII reunite in concert to compete for the title of Most Unfortunate Wife

This is a newer musical introduced to me by my friend Staci.

Historical musicals aren’t usually my thing. This one absolutely is.

I love how each of the wives is reimagined as a different pop star.

In a bit of a twist, I’m going to recommend a book I didn’t like very much.

I read Dead Queens Club without knowing anything about Henry VIII’s wives. I think I expected the book to walk me through the basics. When it didn’t, I felt cheated.

I would appreciate the book a little more now. It casts the wives of Henry VIII as modern-day high school students. Anne of Cleves, the narrator, bickers with the other “wives” and witnesses at least one tragedy.

I finally got my copy and plan to read it soon.

Synopsis: Cartoonist Alison Bechdel revisits her complicated relationship with her father after his death

I can’t listen to this musical very often because it makes me cry and, to be frank, it’s much better live.

When I saw the show at Seattle’s 5th Avenue Theatre, I started crying during the opening number and couldn’t stop. Even though I wasn’t out at the time, I felt seen.

If you’re processing your past and/or present, I recommend this musical. (Content warning: suicide.)

The Times I Knew I Was Gay by Eleanor Crewes is a brand-new graphic memoir.

It took me approximately twenty millennia to come out, so I’m really interested to read about Crewes revisiting her past.

I almost forgot The Fire Never Goes Out. I’m a monster.

For prose books, Who I Was With Her captures a similar sense of grief, identity, and coming-of-age as Fun Home.

I cried quite a bit while reading it. Very, very good.

I saw this musical in high school and fell in love.

I completely forgot about it for years until I found the soundtrack on Bandcamp.

I still love it, cheesy moral and all.

Also, my friend Melissa played the titular Match Girl and did a great job, so my nostalgia is strong.

Yoshi Yoshitani included a version of The Little Match Girl in Beneath the Moon, a book I will never stop talking about.

If you’re not into fairy tales, BUY THIS BOOK FOR THE ART.

An upcoming romance set during New Year’s Eve is Alexandria Bellefleur’s Written in the Stars.

Darcy is a Capricorn sun. Elle is a Scorpio moon. I was destined to read this.

Synopsis: Two actors, twelve parts, one piano. A wannabe detective investigates the murder of a well-known author at a suprise party

Before Something Rotten, this musical was my favorite.

I would listen to it twice, sometimes three times a day when I felt low.

The soundtrack is brilliant. Prove me wrong.

I feel like wacky mysteries are the only acceptable recommendations here.

For that, I’ve got another Christopher Moore novel, this one about 19th-century French painters who encounter a mysterious art demon.

This recommendation is completely off-the-wall, but bear with me: Gideon the Ninth is wacky as all get out, involves a mystery, and will tug at your heartstrings.

I KNOW, I KNOW, I STILL NEED TO READ THE SEQUEL.

Synopsis: The dissolution of a romance told both backwards and forwards by both parties

This musical is a bummer but I love it.

There are three different versions of the soundtrack and I’ve listened to each multiple times.

I find all the negative emotions really cathartic.

This is another book I didn’t love, but hear me out: The Time Traveler’s Wife reminded me MORE THAN ANYTHING of The Last Five Years.

There’s the disjointed, nonlinear storytelling, for one, and the horrible knowledge that this relationship won’t last.

So yes, I didn’t like this book much, but it was the closest reading experience I’ve had to watching or listening to The Last Five Years.

Synopsis: Someone thought the cartoon Anastasia movie would make a good musical but took out all the “unrealistic” elements

I am not allowed to listen to Anastasia all the time because it triggers tears.

I have a lot of thoughts about it.

Even though I’m sad about some of the changes, I like what the creators did with the story and characters.

I am FULLY obsessed with Gleb and DEFINITELY ship him and Anastasia.

In fact, I kind of hate Dmitry in this version?

I could recommend any number of the Anastasia-inspired books that came out in the last few years, but Heart of Iron is my favorite.

This next rec is a wild card, but I’m sure it’ll work for someone.

It’s called The Fetch and it’s about an Angel of Death (sort of) escorting Anastasia and Alexei into the afterlife.

It’s a STRANGELY LOW-KEY look at the death of the Romanovs. My hopes were high and they were sadly dashed.

I think, because of the cover, I expected less soul-journeying and more romance.

Last recommendation, another wild card by the author of Lovely War: PLEASE give The Amaranth Enchantment a chance.

It’s magical and sweepingly romantic, just like the musical.

This musical is WEIRD.

I had to listen to it SEVERAL times and read both the TvTropes page AND the wikipedia plot summary before I understood what was happening.

My initial reaction was NOT POSITIVE.

Several dozen playthroughs later, I’m…intrigued? I think? There are a lot of talented performers and genius creative decisions involved.

I have an essay about this book stewing somewhere. Here’s the short version: I reread The Night Circus, understood why I hated it, made peace with what it was, and upped my rating to 3.5 stars.

The Night Circus makes CHOICES. Like Great Comet, it has doomed romances, a show-within-a-show, and mad troika driver. (I’m not confident that last one is actually in the book.)

I love this book and feel like it matches the wintry atmosphere of Great Comet.

The book also features a bumbling protagonist who, like Pierre, is Desperately Looking for a Purpose in Life.

Those are my book recs!

If I think of some for the other musicals I love, I’ll write a follow-up post!

Take a listen to these musicals if you’re ever bored at work (or bored in general.)

7 thoughts on “Book Recs Based on My Favorite Musicals”