I’m no Swiftie, yet here I am doing another Taylor Swift book tag.

I really loved Olivia’s take. She developed this excellent tag, as well as the graphics I’ll be using.

I thought this would be a cute domestic comedy about lesbians!!

Reading The Summer of Salt reminded me of We Need to Talk About Kevin.

Go Google that book for a fun time!

I’d never read a nonwhite character’s explanation of privilege before Me, Earl, and the Dying Girl.

I assumed Earl would make it to film school, just like the protagonist.

Earl explained barriers and realities that had never occurred to me.

Rereading this book hurts too much.

The first Chaos Walking would make a great IF and ONLY IF it was marketed for adults and given an R-rating.

The protagonist kills a bunch of people. You can’t tone that down.

At the 3/4 mark, the heroic dog fights the crazed high priest.

And now I’m DONE TALKING ABOUT THIS MOVIE.

(I know a movie is currently in the works, but my hopes are LOW.) 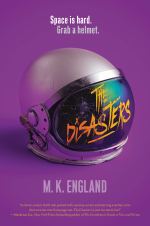 Though I get why readers are split on Robin Talley, I loved What We Left Behind.

This book took a sincere look at long-distance post-high-school relationships.

All of it was interesting and included a FRIEND BREAKUP.

Carroll is officially my YA nemesis.

Though I begged, my parents wouldn’t let me watch Don Bluth’s Anastasia.

When I saw the kids’ novelization in my third-grade teacher’s classroom, I knew it was my only shot at experiencing the film.

(I would watch the movie three years later at a sleepover, but I didn’t know that as a nine-year-old.)

Mr. Burke let me borrow the book for the day. I finished it at recess.

When I tried to give the book back, he said, “No, take it home and finish it!”

I took the book home and read it a second time.

The next day, Mr. Burke ASKED ME IF I’D FINISHED.

IT WAS A 50-PAGE BOOK WITH PICTURES.

Fireworks had me on the first page. It foreshadowed the best friend conflict well.

I wish I’d had more books like this growing up.

When I ended a friendship a few years ago, I looked for permission from advice columns and various entertainment.

I got more guilt-inducing “friends forever” messaging than I wanted.

(Chances are I had Michael W. Smith’s torturous 1987 hit “Friends” stuck in my head.)

It sucks, but it happens.

I found a stash of classic children’s books a few summers ago while I was cleaning classrooms.

I was reminded of the fabulous Frances books.

The best, OBVIOUSLY, is A Birthday for Frances.

GIVE THESE CAKE-EATING BADGERS YOUR ADORATION.

“Alice is somebody that nobody can see,” said Frances. “And that is why she does not have a birthday. So I am singing Happy Thursday to her.”

The two badger sisters remind me a bit of my little cousins Julia and Claire.

Julia would totally sing “Happy Thursday” to her imaginary friend.

My friend Claire lent me Revealed I think as a joke?

She called it “the best/worst book of all time.”

So far, the two leads are sassy and belligerent towards one another.

Not much has progressed on the romance front, but it’s coming.

I love this book so much.

I still quote concepts from Snoop to this day.

I find the purported ideas FASCINATING. 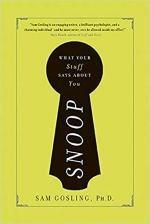 DID YOU KNOW openness to experience can be more accurately predicted using variety of books owned rather than number of books owned?

Did you know neurotic people tend to decorate their living spaces with word art?

HOW DID YOU KNOW THAT’S HOW I DECORATE MY APARTMENT?

I read If I Stay in a single afternoon.

I cried THE WHOLE TIME.

I wasn’t stoked on a sequel from the boyfriend’s point of view, but I read it anyway.

Why does this book EXIST?

This has been in my drafts for a while and it’s finally DONE! Hurrah!

OR I could get my taxes done.

The day is wide open.