Top Ten Tuesday at it again.

Or I might simply be listing the character traits of one Ronan Niall Lynch.

I was asked for character traits I love; no one said they had to be from different character. 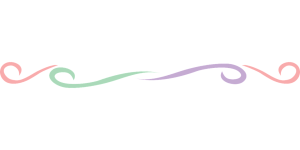 I love tricking quiet people into being my friend. (I accomplish this by making dramatic statements about food. My success rate is surprisingly high.)

People who don’t express themselves as, shall we say, exuberantly as I do mystify me.

I make it my goal to either figure out their “deal” or make them laugh. (Or both.)

In fiction, habitual silence guarantees that when a normally silent character speaks up, I’ll pay attention.

(Triple bonus points if said character is Takashi “Mori” Morinozuka. I love him so.)

Shout-out to slim, dandy girls wearing vests and trousers and foppish boys sewing their own waistcoats and entertaining everyone at the party. (Never change, Anthony Blanche.)

I love to see a character own their gender deviance.

Go and slay, bees. You my fave bees.

I hate when a character’s so-called “sense of humor” manifests as either, “WHOA, isn’t it HILARIOUS how incompetent I am??” (think Simon Lewis) or, “HEY, everyone, listen to my jOoOoOoOke!” (think Jace Wayland)

(This could be why I didn’t connect with Hot Dog Girl.)

If you want to make me laugh, slip a sly barb into a normal statement.

Hide your funny between innocuous comments.

Make me miss it the first time.

This is a skill I can respect.

As I stated in a previous post, I DESPISE MISPLACED OPTIMISM.

I love a character who smashes through a group’s denial with, “THAT’S NOT GONNA WORK.” (Debbie Downers are the true heroes.)

I REALLY love Jacin Clay in this respect.

He tells people things they don’t want to hear.

He might be a bummer, but he’s never wrong.

This is an aspect of Adam Parrish’s personality that I really understand.

Adam can’t afford to look on the bright side; in the past, optimism has led him astray.

I get how easy it is to turn realism into despair and wallow in it. Expecting the worst might lessen disappointment, but it wreaks havoc on one’s mental health.

When I think of cynical characters, I also think of Grantaire from Les Miserables (the musical in this case, not the book.)

While the other ABC students sing about noble ideals and death in the abstract, perennial drunk Grantaire wonders, “I don’t know, man…what if our lives mean nothing?”

The ABC students sing the chorus extra loudly to cover him up, which shows they were all thinking the exact same thing.

Subversive vulnerability is the BEST.

I love it when tough warriors show kindness, when sharp-tongued people bond with children, when the group asshole leaves thoughtful presents for his crush in the garage.

Note: the character has to do something ACTUALLY kind or selfless; they can’t just think sad thoughts sometimes like Kaz Brekker or Will Herondale.

…am I just describing traits that I have?

All my Scorpios say yeeee…

You have to say it.

I like watching short-tempered characters express themselves publicly in ways I generally avoid.

These characters punch bigots, snap at stupid questions, and shoot the ceiling when something goes wrong.

Hey, Fanny Price: while you’re busy being pious, Rambo and I are going to tear down a building.

You are not invited.

(Spoilers for The Dream Thieves, The Lunar Chronicles, and Sailor Moon)

The one (JUST ONE!) time Ronan Lynch betrays Gansey, he PULLS A CAR OUT OF HIS DREAMS to make things right between them.

Jacin Clay, my other favorite bad boy, breaks all kinds of laws to protect his best friend and true love Princess Winter.

Sailor Pluto, knowing the consequences, sacrifices her own life to rescue Chibiusa after Chibiusa turns to the dark side.

MEANWHILE, RON WEASLEY ABANDONED HARRY AND HERMIONE IN THE WILDERNESS AND IS SOMEHOW STILL CONSIDERED THE GREATEST FRIEND IN LITERATURE.

A friend and I attended a production of Macbeth in a tiny room at the Seattle Center.

The room was so small, we had to find seats practically ON the stage.

During the show, the actors delivered monologues to us, sat with us, and threw props at us.

Every time they came close, I threw an arm over my friend and glared at the actors until they backed off.

For context, my friend in this case was (and is) a tall cisgender male fully capable of protecting himself.

I tried to fight the entire cast of Macbeth even so.

I like my friends to know I would fight for them; I want fictional characters to express the same sentiment.

It’s sweet to see normally intimidating or aggressive characters use their powers for good.

One of my favorite fictional dynamics occurs when a character saves someone’s life unexpectedly.

No, I was not thinking of Kaz Brekker. Stop bringing him up.

I could not for the life of me figure out why Mia Thermopolis’ mom and friends ragged on Mia for worrying about them.

It took me ten years to get the joke: Mia and I have ANXIETY.

That low-level panic that we both have running at all times? Not everyone experiences that.

In general, Mia and I are pretty tense, always wondering when (and how) the world will end. (Mia exploits this habit to win the presidency in her junior year.)

Won’t you all feel SO FOOLISH when the apocalypse finally arrives?

I might hate Kaz Brekker, but I will protect you from the apocalypse, so it all works out.