The week just started and I’m already ready for the weekend.

Mainly because I agreed to do a number of things that WILL be fun…but how am I going to read/watch Star Wars?

Emer did this book tag created by Kellys BookSpill and I just gotta gush about the books I’ve read recently.

WHAT BOOK KEPT YOU UP ALL NIGHT READING?

I meant to read a few chapters of Black Moon Rising before bed and call it a night.

After the first few chapters, I didn’t want to stop.

This book is SO MUCH FUN.

WHAT BOOK MADE YOU SCARED TO GO TO SLEEP?

Ninth House just made a very horrifying move and I am HERE FOR IT.

It will, unfortunately, keep me from sleeping tonight.

It was VERY scary.

This book’s atmosphere is killer.

WHAT BOOK ALMOST PUT YOU TO SLEEP?

I wanted to love Space Opera so much.

I got about a third of the way through and I was confused the entire time.

I had to reread entire sections and I STILL didn’t understand them.

That made it hard to engage, which made me check out.

I finally gave up. I didn’t care where the book was going and I didn’t appreciate its “jokes” about gender.

WHICH BOOK HAD YOU TOSSING AND TURNING IN ANTICIPATION OF ITS RELEASE?

I’ve been justifying a bunch of purchases recently by telling myself, “It’s my birthday.”

To kick off my birthday week, I penciled in a date to purchase Wicked Saints so I could soak up the enemies-to-lovers Reylo vibes.

I couldn’t wait to have the book in hand.

I couldn’t sleep, I was so excited.

The book didn’t QUITE meet my expectations.

Later on, though, it took a turn toward Bad.

Like Space Opera, Wicked Saints almost put me to sleep.

WHAT BOOK HAS YOUR DREAM BOYFRIEND?

I LOVE Tavin from The Merciful Crow.

I bonded with him early.

I want a cuddly, sassy bi boi to join me on adventures.

GIFT ME THIS, UNIVERSE.

WHAT BOOK WOULD BE A NIGHTMARE TO LIVE IN?

Undead Girl Gang is set in the real world…only magic is real and the dead can be brought back to life.

The farther the undead wander from their witch, the grosser they look.

A couple of the characters in this book die by hanging, so their undead corpses have wobbly broken necks.

WHAT BOOK REMINDS YOU OF NIGHTTIME?

My parents read Goodnight Moon to us before bed back in the ’90s. 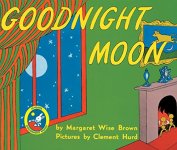 I really love the rabbits and their fondness for porridge.

WHAT BOOK HAS A NIGHTMARISH CLIFFHANGER?

The cliffhanger in Truly Devious was UPSETTING.

It slams the reader with a twist, leaves the mystery unsolved, and sends the main character away from the action.

I have the sequel by my bed, but I’m TOO ANXIOUS TO READ IT.

WHAT BOOK HAVE YOU ACTUALLY DREAMT ABOUT?

I used to dream about The Lord of the Rings every night.

I wanted to join the Fellowship on their travels and I wouldn’t have minded sharing a horse with Legolas.

I don’t want to talk about it.

WHAT FICTIONAL MONSTER WOULD YOU NOT LIKE TO FIND HIDING UNDER YOUR BED?

The human characters are pretty terrifying, but there’s also A GIANT MONSTER CALLED THE CRAWLER.

WE SEE THE PEOPLE THAT HAVE COME ACROSS IT AND THEY DIDN’T FARE WELL!

I cancelled my evening plans.

Laundry and Star Wars it is!!

7 thoughts on “The Bedtime Book Tag”