My initial list of favorites took a problematic turn.

In a show all about girl power, my favorite characters were mostly men.

That’s as bad as only liking Adam from Girls.

So I balanced my list out, hence 6 characters instead of 5.

I’m trying to make up for being a Bad Feminist.

I love a stoic character.

One of these days, I’ll make a list of my favorite stoic softies…and Sailor Pluto will be on it.

I read somewhere she has a crush on Mamoru, though I can’t cite my source.

I can also respect THAT.

Due to her limited appearances, Pluto doesn’t land very high on my list.

Still, she made quite an impression on me.

I sprint toward tragic, long-haired villains in doomed relationships. (Kylo Ren, anyone?)

Obviously, Nephrite should have been my favorite villain.

But wait…you mean there’s another villain who fits the above criteria?

Who’s sassy and fey and cosplays as Sailor Moon and manipulates a wall of rats for evil purposes?

Whose greatest weakness is ROSES?

Zoisite manages to play tragic villain while targeting enemies for the PETTIEST reasons.

When upset, he cries to his boyfriend about all the people he hates.

Lucien Dodge’s voicework in the 2015 dub is just fantastic.

Nephrite’s cool, but Zoisite is FUN.

Surprisingly, that IS what I asked for for my birthday!

Upgrade Zoisite with a deep voice, barrel chest, and competence.

Add a cape and unbutton his shirt. 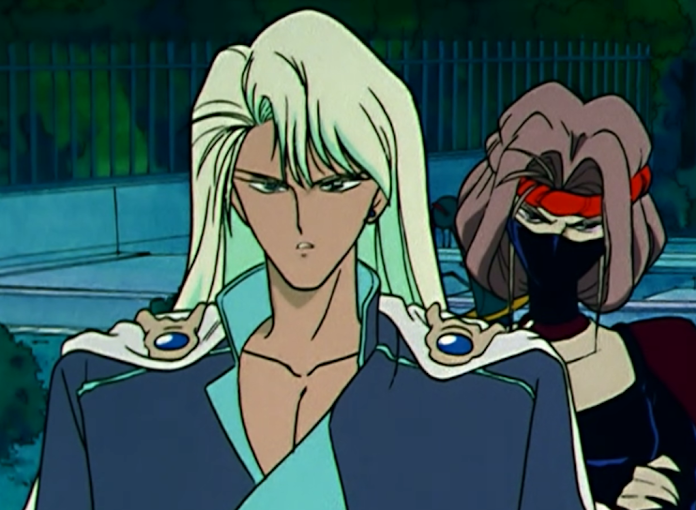 Kunzite takes over Zoisite’s mantle of pettiness. He and Endymion engage in nonstop, passive-aggressive snark battles and I LOVE IT.

Something about a man who’s hot AND competent WORKS for me.

I originally had Tuxedo Mask in Endymion’s place.

I’ve loved that ridiculous man for 20 years, vague advice and all.

Tuxedo Mask kisses an unconscious Usagi twice. Those scenes did not age well AT ALL.

He also dates Rei (WHY?) and his treatment of Usagi occasionally dips into unnecessary nastiness. What is your PROBLEM?

In a late-season twist, Tuxedo Mask is wounded, captured, and brainwashed by Queen Beryl.

I didn’t know this change would STRENGTHEN my love for the character.

He lounges around the Dark Kingdom in his princely uniform (did Beryl preserve it for this very purpose???) taunting Kunzite about his plans.

Then, when Kunzite sets his plans into motion, Endymion shows up IN A TUXEDO flinging BLACK ROSES. 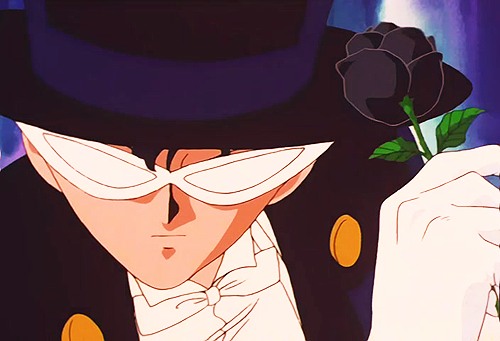 I just finished an episode where Endymion INTERRUPTS KUNZITE to antagonize him in front of the Sailor Senshi.

Their argument CONFUSES EVERYONE.

For all the threatening of Sailor Moon he does, Endymion doesn’t do much of anything. He flies in, spits insults, and flies out, shouting over his shoulder, “I don’t have TIME for you, Sailor Moon. Until we meet again.”

I laugh every time he’s on screen. Well met, sir. 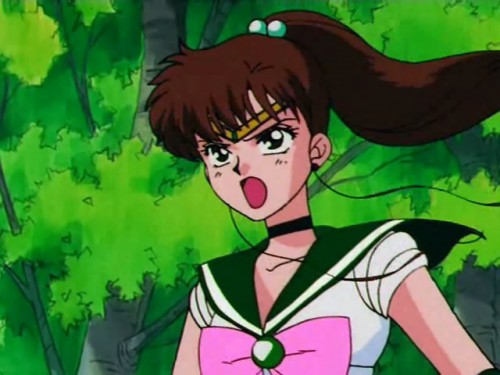 Guess which character I identified with in high school.

Makoto smashes the hell out of stereotypes – she might be an aggressive tomboyish rebel, but her deepest desire is to get married and open a flower shop. While fighting off gangsters and pulling girls out of traffic, she repeatedly falls in love at first sight.

I like that Takeuchi didn’t take the route of, “Jupiter’s basically a dude!”

A bunch of lying liars want me to believe that Usagi values Rei most as a friend.

In the anime, at least, I see more of a connection between Usagi and Makoto.

Theirs is a friendship I actually believe.

Rewatching the original anime, it hit me how unprepared 14-year-old Usagi is for heroism.

A TALKING CAT pins the fate of the world on a teen who’s never fought a day in her life.

How can she save the world if she can’t get to school on time?

WOW, DO I RELATE!

Her teammates (REI ESPECIALLY) consider her a loser.

By the first season’s halfway point, Usagi learns to ask for help and take action in spite of her fear.

On her bad days, she’s still a friend, inviting outcasts into her orbit.

Sailor Moon showed me how to be soft and strong, silly and serious, just and merciful.

Even losers can do the right thing.