STILL IN A STAR WARS MOOD.

Someone on BookTube created this tag and another lovely blogger expanded it!

I found this tag on several fabulous blogs that you can read for even more Star Wars content.

Name a book that made you laugh

The shade in Sharp is next-level.

I kept giggling over the insults.

I really wish these women had supported each other, but at least we got some great zingers.

Padme Amidala: Even though she’s not a Jedi,
she sure does kick some butt

Strength AND sass AND vulnerability.

Leia Organa: The girl gets herself into a rather strange love situation

Is this REALLY how we’re choosing to remember GENERAL ORGANA?

NO ONE TOLD HER SHE HAD A BROTHER.

The love triangles in The Steampunk Chronicles annoyed me.

Kady Cross seemingly forgets about her primary love triangle in the second book.

Probably for the best, as the secondary love interest was the most stereotypical focus group bad boy.

Said love triangle amounts to nothing.

Worry not, for the ex-girlfriend is evil and dies in the most confusing way possible.

WHY EVEN BOTHER, THEN???

Luke Skywalker: The last hope to restore the Jedi Order

Name a rising or new-to-you author that you love

I love Mariko Tamaki’s writing (she also did This One Summer) and adore Rosemary Valero-O’Connell’s artwork.

Their work is so soft and the book they created together is pure joy.

Anakin Skywalker: A character whose morals changed over time

Name a series that started out well but ended badly

The Maximum Ride series doesn’t have the BEST writing.

I tried reading the first book at least twice before I got into the story.

I did end up liking it. I got to ship a self-insert character with a broody bad boy.

Oh, and there was a REDHEAD.

The series’ fourth book, The Final Warning, gets…

How do I put this?

Sure, the human-wolf hybrids were DUMB, but they fit the human-animal experimentation theme.

So why was the Flock attacked by ninjas…made of cubes???

Fang falls for a scientist named Bridget who we later learn is 21 years old.

Also, Bridget is supposedly an ACTUAL scientist, not an intern or lab assistant.

The book ends with a message about global warming, because…

Sure, it seems super relevant NOW that the planet is dying, but back in the 2000s, the preachiness was LAUGHABLE.

JAMES. GET IT TOGETHER.

Name a character who suffers a tragic death

That’s all I have.

Han Solo: Unsuccessfully using his wittiness to get himself
out of sticky situations

(Jesper has a shaved head in my headcanon. Let it happen.)

Jesper’s a funny lad. This gem, though, comes courtesy of Ronan:

I live for The Raven Cycle quotes.

Emperor Palpatine: A well-constructed character in a vast universe

Name a series with incredible worldbuilding

(Could Palpatine be considered well-constructed?)

I love the credibility of the nightmareverse in The Handmaid’s Tale.

My 9th-grade English teacher recommended this book to us. She said it was important.

I SHOULD HAVE LISTENED TO ADULTS IN 2007.

The book’s worldbuilding is excellent and the graphic novel uses visual storytelling to an amazing degree.

I love recommending this book. SPARE STORYTELLING. IT’S A MASTERPIECE.

Obi-Wan Kenobi: Even though he is by-the-book,
he’s a force to be reckoned with 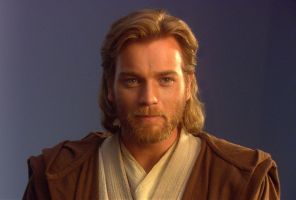 Name a series that exceeded your expectations

I LOVE A STAR WARS PUN!

I despised Tamora Pierce’s The Immortals, so I came to the Protector of the Small series with some trepidation.

I liked it a whole lot, even more than The Lioness Quartet!

I LOVE Kel. I love Team Normal protagonists surrounded by a team of superheroes. (Hence my adoration of Scarlet Benoit.)

I dug the romance, I dug the animals, I DUG IT ALL.

It even tackled sexual harassment pre-#MeToo.

THIS SERIES HAS EVERYTHING. IGNORE THE FINALE.

Master Yoda: A being containing so much wisdom

Queer, There, and Everywhere makes me wish I’d learned queer history in school.

Everyone you covered in high school history was likely queer.

Not sorry ’bout it.

Darth Vader: Learning about how he became this man only made us love him more 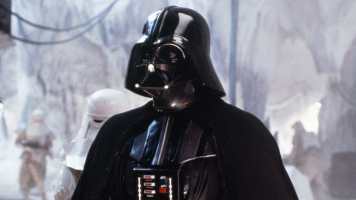 This time, I came up with some decent answers.

The nameless protagonist in The Graces technically qualifies as a villain. Watching her villainous progression was a treat.

Perhaps she made mistakes, but I’m on her side.

And, as an honorable mention, I’ll include a horrifying entry I found on a YA villain list.

BEES!? The greatest villain of all is BEES!?

This is how the world will end: Burn or Bees.

Chewbacca: Loyal to his friends, he’s always got your back 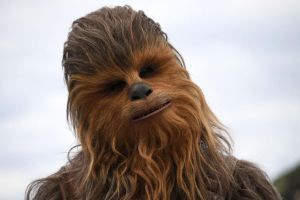 I READ THIS BOOK IN 2015 AND HAVE BEEN SEARCHING FOR IT EVER SINCE.

I was on the “Lindsay is a nightmare friend” train from the start of Tonight the Streets Are Ours…but I had to get off.

Lindsay was a way better friend than I would have guessed, so much so that I STILL THINK ABOUT HER FOUR YEARS LATER.

I’ve wanted to use her for a prompt for a WHILE and I FINALLY remembered the title of this book!

All it took was the Google search “YA novels about catfishing.”

C3PO: Despite his simple ways, he always gets himself into trouble

I know Scarlet (MY FAVORITE CHARACTER) got into sticky situations several times, but she was pretty good at getting out of them.

Cress, not so much.

Girl SPRINTS into dangerous circumstances ALL THE TIME.

“This woman seems kind! Surely she won’t sell me into slavery!”

Cress, come on, what are you DOING?

Boba Fett: Witnessing the death of his father must have been difficult

Name a character who went through a traumatic childhood experience

ALL of Kevin Brooks’ qualify, but the hardest for me to read was Candy.

Teenager forced into sex work murders her pimp? That’s appropriate for a 14-year-old to read. (Ninth grade was an interesting year.)

I love Neal Shusterman, though I have chosen to take an extended break from his prose.

Just read Bruiser as to why.

The eponymous Bruiser absorbs the emotional and physical pain of everyone around him.

I wonder now if the plot is a metaphor for traumatized kids.

Rey: A scavenger who JUST SO HAPPENS to be Force-sensitive

Name a character with a mysterious past

Something about Kell being left on a doorstep with a coin?

And his tricksy magical coat?

I don’t know what his deal is yet.

Honorable mention to Holland, whom I adore.

Stormtrooper FN-2187 (AKA Finn): Questioning his future,
he finally makes the decision to change sides

Name a character who has questioned their morals

In 2007, Young Lauren decided the book Evolution, Me, & Other Freaks of Nature sounded like the perfect book to confirm all of her religious beliefs.

Imagine the controversy of a 14-year-old evangelical stumbling upon a YA novel that hinted that Christians…could believe in evolution!?!?

I was not ready for the crisis of faith this book caused.

In the book, Mena, a fundamentalist Christian teen, is blacklisted at her home church just as her high school science class begins its evolution unit.

Also, her parents think The Lord of the Rings is sinful.

Outside of The Chronicles of Narnia, it’s hard to get more Christian than The Lord of the Rings.

Mena questions everything and comes out okay.

She’s…actually pretty inspiring in that regard.

Name your favorite series that travels through time

It’s a tie between The Magic Attic Club and The Magic Tree House.

There was quite a bit of time travel in the ’90s…

What were we trying to get back to?

Kylo Ren: Obsessed with an idealistic view of his grandfather 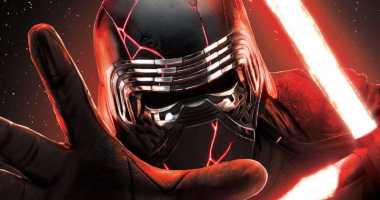 Mean Girl Blue goes out of her way to gain favor, endangering her fellow Paper Girls in the process.

I don’t really blame her.

Ugly, sure, but it happens.

Maz Kanata: Even though she’s Force-sensitive,
she never trained in the ways of the Jedi Order

Name a character who doesn’t rise to their full potential

I might be biased due to the casting of Garrett Hedlund in the awful, awful film version of Eragon, but I LOVED Murtagh and I think Christopher Paolini did him dirty.

He has a more interesting backstory, personality, and moral alignment than Eragon, AND YET…we’re stuck with Immortal Whiny Elf and his scruffy cousin.

BB8: Following previous droids is not an easy task,
but he is loved by all

Name a sequel you prefer over the first

Clockwork Prince was BY FAR superior to Clockwork Angel.

Too bad about Clockwork Princess, but I don’t like talking about that…

I’m in Oregon thinking about Star Wars, just like I promised.

First play of the week is Hairspray, which features a heel-face turn…

…which reminds me of Kylo Ren…

I am out of control.