A number of things happened in my own life and in J. K. Rowling’s career that turned me off certain characters and plotlines. It’s been so long that I’m afraid to go back.

(I’d order a cease-and-desist on the Fantastic Beasts and Where to Find Them films if I could.)

In truth, though, I miss the world. As a kid, I wanted so badly to be a part of it.

With that, I’m going back to Hogwarts.

(I found this tag on Book Princess Reviews and Reads, Rhythms, and Ruminations. Not sure who started this tag originally, but I am using their graphics for each of the spells.)

In trolling for book tags, I’ve seen The Song of Achilles listed more than once as a favorite and/or ultimate tear-jerker.

I didn’t feel that way.

I don’t know what I would change about the book, but when I read it, I felt something was missing.

The first book in a series that got you hooked

Returning to The Mortal Instruments last fall, I found the plot too fast-paced.

As an 18-year-old, though, fast-paced was EXACTLY what I wanted.

I zipped through the first trilogy and the following two books before the Clary/Jace ship wore me out.

A book you wish you could have right now

I liked the first book okay, but I loved Felicity.

In this book, she goes on a pirate adventure…I think?

I NEED TO FIND OUT.

A killer book. Both senses. Take it as you’d like

This. Book. Is. Terrifying. 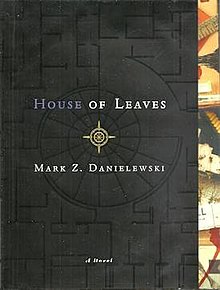 In the passage I remember best, narrator Johnny Truant describes fear in the WORST way possible. To paraphrase, he says, “Do you know how it feels to know something is behind you but can’t turn around? Don’t move. Don’t turn your head. It’s behind you. You can see it in the corner of your eye.”

That passage paralyzed me. I sat on the couch crying, unable to move.

To make myself feel better, I turned to the part where Will Navidson finds an account of the house from the days when the letter “S” looked like a fancy “F.” He comes upon the following entry:

Just reading the book’s plot synopsis on TV Tropes is freaking me out. NEXT SPELL, NEXT SPELL.

A book you found really confusing

I like Rob Bell a lot, but this book?

I think I get what he’s trying to say, but his conclusions make no sense to me.

By the end, I had to let go of the weird parts (so…most of the book) to appreciate his excellent retelling of the Prodigal son.

Does hell exist? I couldn’t tell you.

(THERE WERE 24 BOOKS IN THIS SERIES. I never made it that far, but now I want to try!)

(Also, there was a sequel series called WILD HORSE ISLAND!!)

For a series about a Phantom Stallion, said stallion is BARELY in it.

I might need to add this series to my reread stack.

A dark and twisted book

I’ll go ahead and list both books in The Veritas Project series.

For a sheltered Christian kid, The Hangman’s Curse was a terrifying nightmare. I had a spiritual crisis when it seemed the Hangman’s ghost might actually be real.

The second book created a “nightmare” reality where private school kids argue pointlessly about morality and philosophy. Anyone who dissents gets thrown in the on-campus maze and goes crazy.

Peretti tries to paint Christians as victims in a confusing postmodern world. His characters struggle to maintain their integrity at a school where morals don’t matter, absolute truth is null, and lies abound.

In my experience, my non-Christian friends have been more accepting and open to dialogue than my Christian associates. I more often hear postmodern buzzwords thrown around at Bible study.

Peretti writes about pointless debates as if that isn’t the arena where Christians shine.

YO, TIM, WHERE YOU AT? SHOW THEM HOW IT’S DONE.

A book that surprised you in a great way. Reveals to be more than it is

I was surprised by how much I loved Alex, Approximately.

This book contains the enemies-to-lovers trope, mistaken identities, dead dads, and THE hottest phrase I have ever read: “I will be your revenge.”

Could have done without the mega-spoiler in the synopsis, though.

Tag yourselves. Use these graphics. Show our friend J. K. how much you still appreciate Harry Potter.