Who loves music? I LOVE MUSIC.

That is all the intro I have left in me.

Thanks to For the Lover of Books and The Book Princess for creating and continuing this tag.

The obscure books I like are too obscure for even ME to remember. (And, in that sentence, I fully became a Seattle-ite.)

I will likely have to revisit this book, as I read it in high school and missed all the important religious symbolism.

Super loved how the film version turned a story about class and religion into a boring love triangle.

I’m looking at IMDB: Matthew Goode was in the film? And Hayley Atwell? WHAT WAS I DOING IN 2008?

Favorite classic/book that should become a classic

WHY DID I USE BRIDESHEAD REVISITED FOR THE LAST QUESTION?

Emma is my actual favorite.

I don’t read very many classics.

Oooh…this could have been my obscure book.

What Came From the Stars ended PERFECTLY.

Tears were shed. Hearts were clasped.

I FORGOT THIS BOOK EXISTED UNTIL THIS AFTERNOON.

I love this book for weird reasons.

When I read it in third grade, a boy Cinderella (with ugly stepbrothers – so clever!) was a novelty.

Cinderellis…somehow…traps and trains three magic horses. After that, I was hooked. YOU KNOW HOW MUCH I LOVE HORSE LITERATURE.

It was a weird story, but I checked it out over and over again until my parents made me switch schools. (Not because of the book; my dad got a job at a private school.) The “library” at my new Christian school only had biblical allegories and survival stories (also, GHOST STORIES? The hell?)

So I hated Stardust the book. Or disliked. Misunderstood? Neil Gaiman’s not for me, man.

But the MOVIE I LOVED.

For me, the exploits of gay pirate Robert de Niro and the final battle against Michelle Pfeiffer made up for the book’s pointless melancholy.

Also…WHY IS HENRY CAVILL IN THIS MOVIE? (And why can’t he wink?) 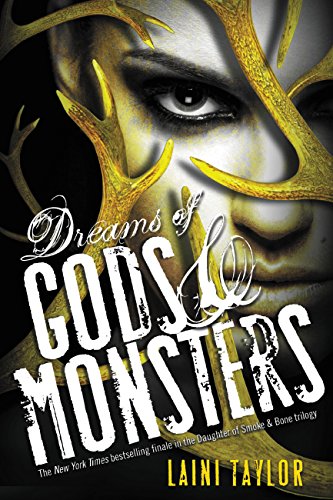 Gotta go on a suicide mission!

Gotta fight off an attacker!

Gotta blow up the citadel!

Gotta mourn my brother’s death because I didn’t grab his soul even though I should have THOUGHT OF THAT, WHAT WERE YOU THINKING, AKIVA?

A lot happened in this book. I needed a nap afterward.

A Book with a Pretty Cover that You Lost Interest In

First of all, RUDE. I LOVE pop music.

Second of all, this book?

Is reggae SEASONAL, though?

Of my Pride Month faves, I like You Know Me Well best.

La Cour’s Everything Leads to You is a close second.

A Historical Fiction Book That Wasn’t For You/ You Loved

This book takes place in the recent past, but it still counts.

I sobbed through Tell the Wolves I’m Home.

AIDS sucks and people are terrible.

But also…hope and art and redemption and stuff.

I recommend this book to everyone.