I’ve put it off for years because my friends keep choosing true love over the sisterhood. They tell me marriage is a whole lot of fun.

What would this squad do? I don’t know. Win? Fight for love and justice? Discuss film theory? Have pizza nights because I miss those most?

“Girl squad” sounds juvenile for something this important.

My ideal starting line-up would include:

Wildcat from The Steampunk Chronicles

I…am ashamed of this choice.

KADY CROSS, WHY CAN’T I QUIT YOU?

Wildcat is the COOLEST. I don’t know why an Irish gang leader shot to the top of my list of admirable women – I mean, I DO know why – but I also don’t care. The woman claws people to death. YIKES.

Felicity Montague from The Gentleman’s Guide to Vice and Virtue 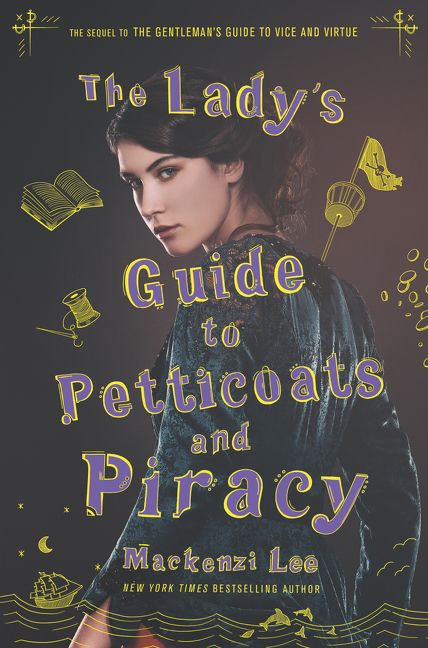 We all have our weaknesses and mine is science.

I support your STEM dreams, friend, even though I don’t understand them.

Also, I THINK IT’S SUPER COOL THAT YOU HANG WITH PIRATES. I’M NOT JEALOUS AT ALL. NOT ONE BIT.

And I’ve made it clear how sick I am of unwanted male attention.

Cinder from The Lunar Chronicles

By now it should be clear I possess no technical skills.

Cinder can fix cars, robots, and spaceships. She has a computer interface hooked up to her brain and two mechanical limbs with storage spaces for tools and other important items, like my wallet and/or keys.

What if our rig breaks down? I guess Furiosa could fix it, but should she HAVE to? This is a group effort!

…which is why I’m letting Cinder take care of it.

Lizzie Bennet, zombie slayer from Pride and Prejudice and Zombies

I would be useless in a zombie apocalypse. I’ve admitted many times that I would rather die than fight to live in a world where the undead eat flesh.

But with Lizzie, I would feel safe. She knows how to fight off zombies and keep herself and others from being bitten.

I need all the survival help I can get.

I love this show and I can’t pick a favorite.

Who should I recruit: the bitter, unstable detective/agent/bodyguard who goes on muttering rants and tries to protect her teenage charge? Or the snarky drummer who hangs with rowdy, energy-eating vampires?

So Sailor Jupiter is an incredibly loyal and powerful woman with impressive height, supernatural abilities, and a royal order to protect the Moon Princess…

…but she also bakes and talks about boys.

I need that in my life.

Also, my psyche would benefit from having another tall, tough, presumed-gay lady around.

The team would benefit from the presence of some brilliant artistes.

Additionally, an angry puppeteer and a reincarnated revolutionary would make great bodyguards.

“Kind of? I don’t know, he’s kind of crazy and has daddy issues, but I really like him, and… I know it’s stupid, but he’s really tall and loves My Chemical Romance. Those are rare qualities.”

“I KNOW there’s good in him. I can change him.”

As much as I would love to recruit a horde of pegasus-riding Valkyries, this is a pretty exclusive operation. Not a lot of slots.

Also…all the other Valkyries are dead.

Anyway, VALKYRIE (AKA Brunnhilde, I guess) would make an excellent addition to the team. A hard-drinking bisexual bruiser sounds like a natural fit.

This isn’t because I have a soft spot for equestrians.

And it’s not because I’m dazzled by Merida’s luminous skin and perfect hair.