A couple days ago, I chose protagonist Emi to represent my entire personality.

I’d identified closely with Harry Potter in the past, but those days were over…

I am a complex cocktail of neuroses and traits. One character is simply not enough.

If you were trying to make a Lauren, you’d need the following ingredients.

Who better to contain all my complexities than Cinder?

Cinder is the inoffensive everygirl we all need.

She makes sarcastic jokes. She crushes on cute boys.

She saves the planet from worldwide destruction. Typical stuff.

Everyone she meets wants her to lead.

“Have more confidence in your abilities!” they tell her.

What they don’t know is Cinder is making things up as she goes.

She runs on luck and improvisation.

She’s competent, yes, but also afraid that everything will fall apart.

I hate how much people believe in me when I am faking at all times. You FOOLS! IT’S ALL AN ILLUSION!

Scarlet might be my favorite character, but Cinder gets me. 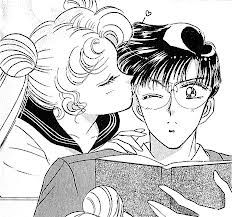 I’ve learned some survival strategies, but when aliens attack, I cry.

Boys reject me, I cry.

My daughter appears from the future to threaten me with a gun, I cry.

I’ll get down to business once I’m done screaming.

On a positive note, like Usagi, I am loyal and fairly friendly.

I give GREAT extemporaneous speeches.

Usagi and I care about our friends’ feelings and are (sometimes) accepting of their quirks! (Not counting Rei. She is the literal worst.)

I’m working on it.

Enough cream to cloud the drink: Emi from Everything Leads to You

My cynicism is a reaction to unmet expectations.

I’m an optimist on the inside! Yes! Believe it!

I crush too hard, too fast.

When I have an ideal vision, it’s hard for me to let go of it.

Like Emi, I want everything to be perfect and I hate being challenged.

Top that off with a shared love of movie magic and hello, we’re practically twins.

Fistful of bitters: Sokka from Avatar: The Last Airbender

A lot of people I know expect me to take charge.

Very few of them want to listen to me.

Sokka gets a lot of flack for being Mr. Funny Buttmonkey Who Can’t Do Anything Right when he is, in fact, one of the more competent members of the Gaang.

You really expect to save the world, Aang, when you can’t chart a course or mete out rations?

How will we defeat the Fire Lord if you’re TOO BUSY MAKING JEWELRY?

And yes, I identify with the slam poet/theater critic/comic relief/leader who helps save the world.

Leave the spiritual stuff to Aang. Sokka and I are taking down an airship.

One sliced banana: Ozzie from Avalon: Web of Magic

As the Chosen One wrangler/comic relief hybrids of our respective groups, Ozzie and I have a lot in common.

Ozzie sees the big picture and keeps others on task. (Same.)

Deep down, Ozzie wants to be part of the gang. (Same.)

Handful of extra salty olives with a dash of spice: Jane Eyre from Jane Eyre

Jane is introverted , strong-minded, and done with everyone.

Some call this wicked. I’m into it.

Jane ACTUALLY does this and doesn’t apologize.

Jane doesn’t let ANYONE tell her what to do.

Instead of spiritualizing abuse, Jane gets riled up about injustice.

I fully admit any resemblance to Jane might be aspirational.

I just love her.

She’s angry and she’s not gonna take it anymore.

Wisp of small town sass: Belle from Beauty and the Beast 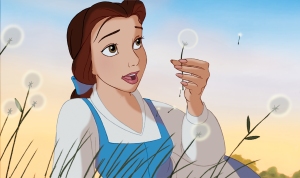 For similarities, WE’VE GOT:

Belle was the original Disney brunette (not counting Snow White – zero points to her.)

Shake ingredients together: Mia Thermopolis from The Princess Diaries

It took me 26 years and dozens of rereads to realize Mia and I both deal with anxiety.

Other characters in the series mocked Mia for this and I couldn’t understand it! She plans for every eventuality! She’s responsible!

Yes, Mia and I are both responsible and caring…and we both could have used medical intervention a looooong time ago.

Anne doesn’t have control over her environment, so she imagines a better one.

I feel like a weirdo OFTEN (typical enneagram 4), so I’m into Anne’s whimsical escapism and tradition-busting determination.

Sprinkling of crackpot conspiracies that were true all along: Luna Lovegood from Harry Potter 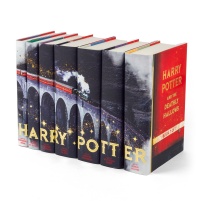 When I was younger, peers had no trouble believing that I, the class clown, could also be smart.

Why is that so hard to believe now?

Does intelligence only exist in PhD programs?

Does wisdom require a tech job or an engineering degree?

Various characters brush Luna Lovegood off as a weirdo with “crazy” ideas.

I’m REALLY TIRED of hearing about how “smart” Hermione is, when Luna is a Ravenclaw, solves riddles, and displays helpful knowledge in NUMEROUS situations.

Luna is a USEFUL person to have around.

I started rooting for Luna when the reaction to my ideas went from, “Interesting!” to “Um…?” (Which DOESN’T MAKE SENSE – you should HEAR the counterpoints!)

I. Will. Never. Stop. Fighting.

Selection of extra-pointy cocktail umbrellas: Miranda from Sex and the City 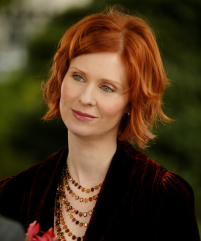 There’s a mushy romantic inside me somewhere…I think?

Many of the sweeping gestures, sexual situations, and status symbols of modern romance don’t impress me.

I love big emotions (HAVE YOU READ THIS BLOG???), but movies like “The Notebook” feel too fake to enjoy.

I’m often the first of my friends to ask, “What’s the catch?” in response to a “romantic” story. (Guess what? People stopped telling me stories.)

There! You did it! You made a Lauren! That wasn’t so hard, right?

What do you mean, it’s “surprisingly” good?

No, I won’t MAKE you another one! I’m too tired.

To be perfectly honest…it took me a long time to get used to this recipe.

My whole life, I wanted something zippier.

But that’s not me.

Drink deep, friends. This cocktail gets better with age.

1 thought on “How to Make a Lauren: A Personality Recipe”